Trim for a Princess

We were fortunate to be able to hold the Insulae Draconis Coronet Tournament this summer. My friend Siridean won the Tournament and bestowed the honor of being the Princess of Insulae Draconis on my Laurel Rogned. Although I have already woven her damask for a headdress, I wanted to weave something special for her while she is Princess.

I weighed the purple silk I had purchased from Treenway Silks. It is very nice quality and the purple is particularly royal. After weighing the yarn, I calculated the total length. There was enough yarn to weave another 3.5" wide piece of trim 3 meters long! 3.5" would give me enough blocks to put on another 12 block point pattern damask that could be tied onto the waste yarn from the trim I wove for my husband. While I was winding the warp and getting it tied on the loom. I needed to decide on a pattern.

So I began researching 10th C. Rus clothing and in particular textiles, embellishments, and motifs. I found the article Women's Clothing in Kievan Rus in The Medieval Textiles Study Group Newsletter from March 2001. I found my first damask drafts when I began learning to weave on my drawloom, so it was nice to go back to the group for further information. This article and other research confirmed that the crescent moons which appear on the Insulae Draconsic heraldry is a fitting motif for a Rus noblewoman. As the most luxurious decorations/trims in the Rus period are also richly beaded/pearled, I decide to keep the motif woven into the trim simple to leave room for further beaded embellishments.

I know that Mistress Ysabella-Maria has specialized in graphic heraldic motifs, I asked if she already had a graphed crescent pattern. She asked what type and how many squares. I initially asked for 12 squares wide. However, when she sent me the motif I scaled it down to six squares wide and centered each one of the point reversals 1 and 12. This allows each row to have crescents that alternate positions giving more options for the pearled/beaded embellishments.

I wove a small sample of several repeats to show to Her Celestial Highness, which I was able to present to her at Yule Ball. She loved the sample but did ask what adaptations could be made to make the bottom a bit more round. I eliminated the first row of the pattern and this created a wonderful crescent in the woven trim. I am now weaving along and look forward to finishing this piece and seeing what Her Highness does with it. 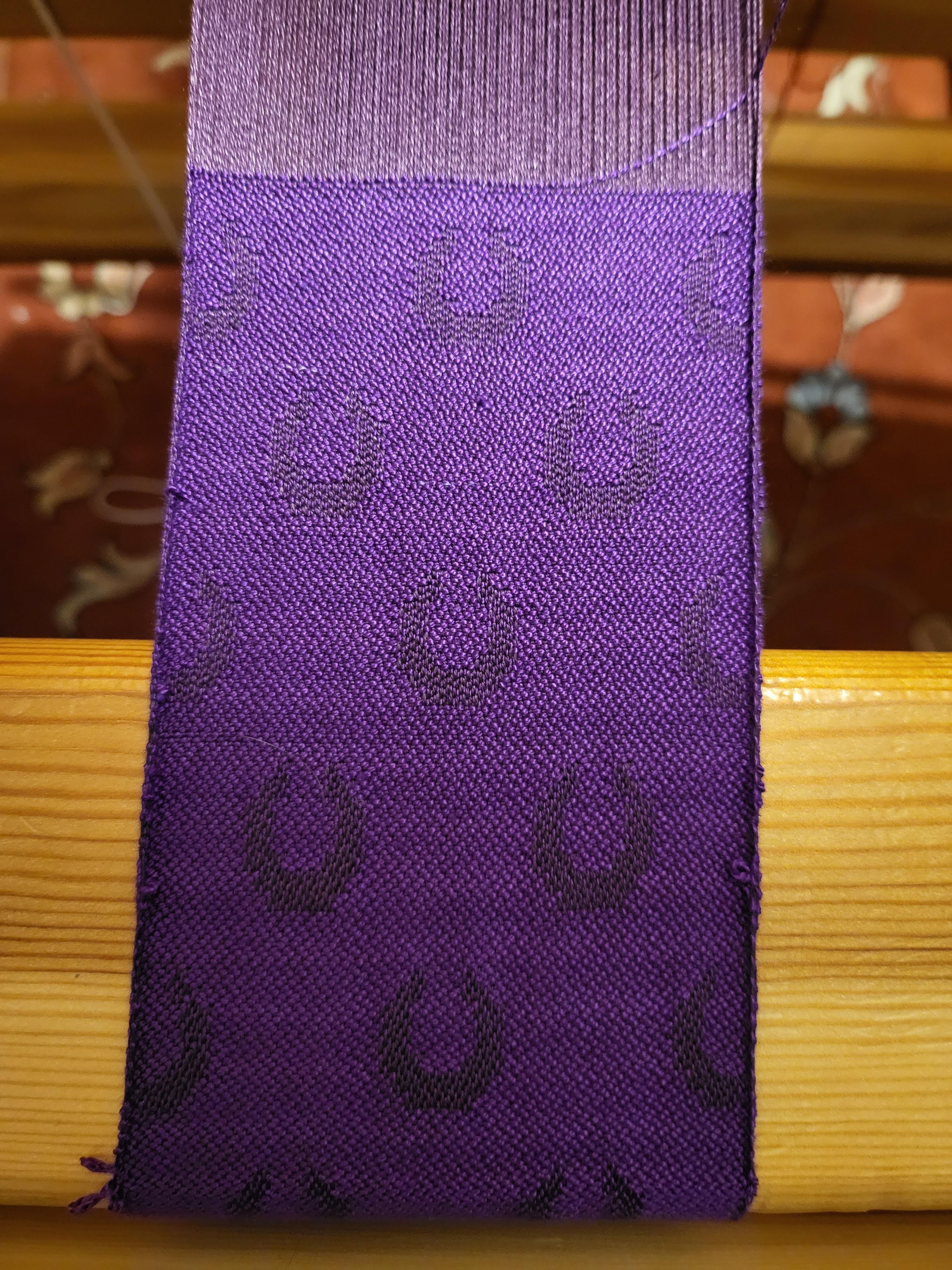